TLDR: Traveling brings tons of stories, from the very funny to the unfortunate.

This is story all started when I met a friend in Miami on my spring break. Turns out that she moved to Madrid, Spain later that year, the same time I was living in Lyon, France. We planned to meet up for the Christmas holiday and I was excited because my friends went back home and my family was back in the states.

The plan sounded good to me, but it didn’t work out that way. Once I had left Madrid little did I know it would be the last time I would see her.

For more details, read below.

How I Met Rose

March 2017 my cousin and I went to Miami to not only enjoy our spring break, but to also attend The Ultra Music Festival. We stayed at Ocean Blue Hostel, sharing the space with about 6-8 females, best believe it was crowded. In that time my cousin and I got cool with a young lady (let’s name her Rose) who was really nice, fun and relatable. We stayed in touched with Rose through social media incase she ever came to NYC or if we were to go visit her at her hometown.

She Moved To Spain

Fall 2017 I moved to Lyon, France because I enrolled in a study abroad program.

Remember Rose? Well, to my surprise she had moved to Madrid, Spain to teach English. So at the end of October, my university went on a week long break and I had planned to make a stop in Madrid. I was so hype! At that point, I had no Christmas plans, but when Rose and I met up in that break she invited me to spend Christmas with her family in Rome. I was down, I thought it would be a great experience.

December 15th was the start of my Christmas trip, beginning with Madrid. I loved Madrid so much the first time that I wanted to revisit it for a few days before I headed out to Italy. Rose was so welcoming and made sure I accommodated well in her families home. She showed me around the city, but I also explored on my own. Everything seemed good; however, I noticed a few red flags:

Red Flag #1: Her vibe would change negatively when I met her friends

Red Flag #2: She had lying tendencies

Red Flag #3: She wasn’t being her authentic self

Even with these red flags, I still thought I was bugging.

Although the Christmas celebration would take place in Rome, I wanted to visit new cities before arriving in Rome to meet up with her and her family. So I left Madrid after 5 days.

December 20th finally came around and I had a flight out to Milan, Italy. Right before I left I had asked her to send me her families address for emergency and also I didn’t plan accommodations since I was staying with Rose and her family.

December 21st I took a train to Florence, Italy. She still did not send me the address.

December 23rd I took a train to Rome, but right before the train had departed from Florence I called her to remind her for the address. She said she would get back to me, but at this point I got a bit suspicious.

We arrived in Rome at 9pm, I had no phone signal, no accommodation, no plan. As I am sitting in the train contemplating on what to do next a young lady (let’s call her Abby) approached me. It was her first time in Rome and she had some questions about Rome. We got along right away and thankfully she had phone signal.

I found a restaurant close by, got us both a meal and tried to get in touch with Rose via social media, text messages and even my cousin tried to get to her. Nothing!

I did not freak out, things happen out of our control maybe something happened to her or her phone died. I just had to figure out where I was going to stay for the night. Abby had a reservation at a hostel a few minutes away so I tagged along with her to see if there were any availability. As we enter the property the vibes were off (Let’s just say the boss was inappropriate and unprofessional with me),but Abby and I were fortunate enough to find a hostel down the street.

Funny enough Abby and I decided to check out the nightlife to distract me from the situation and let’s just say it was an interesting night.

Rose was gone, she never messaged me. My cousin told me her phone wasn’t dead since she was posting on snapchat, but wouldn’t respond to my cousin.

What Did I Do To Rose?

Honestly, I don’t even know, I would like to know myself. This is a mystery I will never be able to solve. We never argued, I gave her space, I bought some groceries to avoid wasting her food, offered to pay for our meals, we went out and joked around.

This story is funny to me now, but I am thankful that Abby approached me because if I did not have signal it would have been a rough night. Being that it was Christmas, I was glad to find accommodation, but if I was unable to I would have just went back to my apartment in France. At the same time, I am glad I was there for Abby because she was scared of the area we were in, in Rome.

As women there are so many factors that are bringing us down so I truly believe we have to uplift, support and protect each other. It is wild to me how Rose would play this “nice” character to only put me in a situation like this. Did this change the way I travel with others or to visit others? Yes, very much so. When I look back I’m just glad I was able to handle the situation, but what if I couldn’t, my story would have been a lot different. Even though, this was an upsetting time I learned a lot from this experience and it seriously toughened me up for future travel. 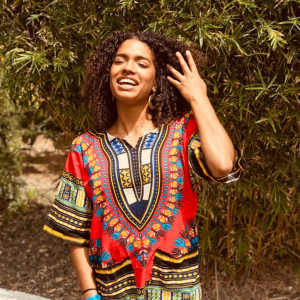 Romantic Destinations In The U.S.

Want to change it up for Valentine’s Day or any other day with a loved one? I have a few destinations all within the U.S that you may enjoy. 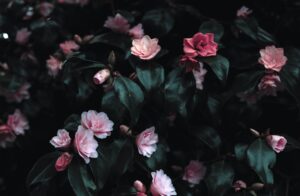 My Skin Is Acting Up #DrySkin

Let’s be real traveling can cause your skin to act up from change in climate, quality of water and long flights. Over time I have discovered a few products that work.

Get the latest updates

on travel, blogs, tips and more